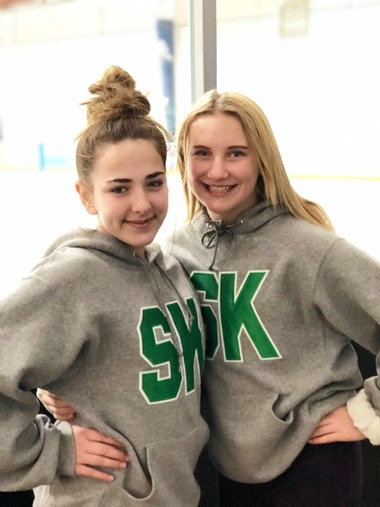 Kenley Norum and Greyson Helperl along with the rest of the Saskatoon Saints U14AA Ringette Team with be representing Saskatchewan at the upcoming Western Canada Ringette Championships in St Albert, AB from March 27-30th.

The Saints won the provincial title on March 3rd by sweeping the 3 game series versus Buffalo Plains Rush U14AA.

This year the girls have played tournaments in Manitoba and Saskatchewan with exhibition games in Alberta as well. Norum has played the game since she was 5 and Greyson recently joined ringette.

Martensville’s First Business and How It Helped...